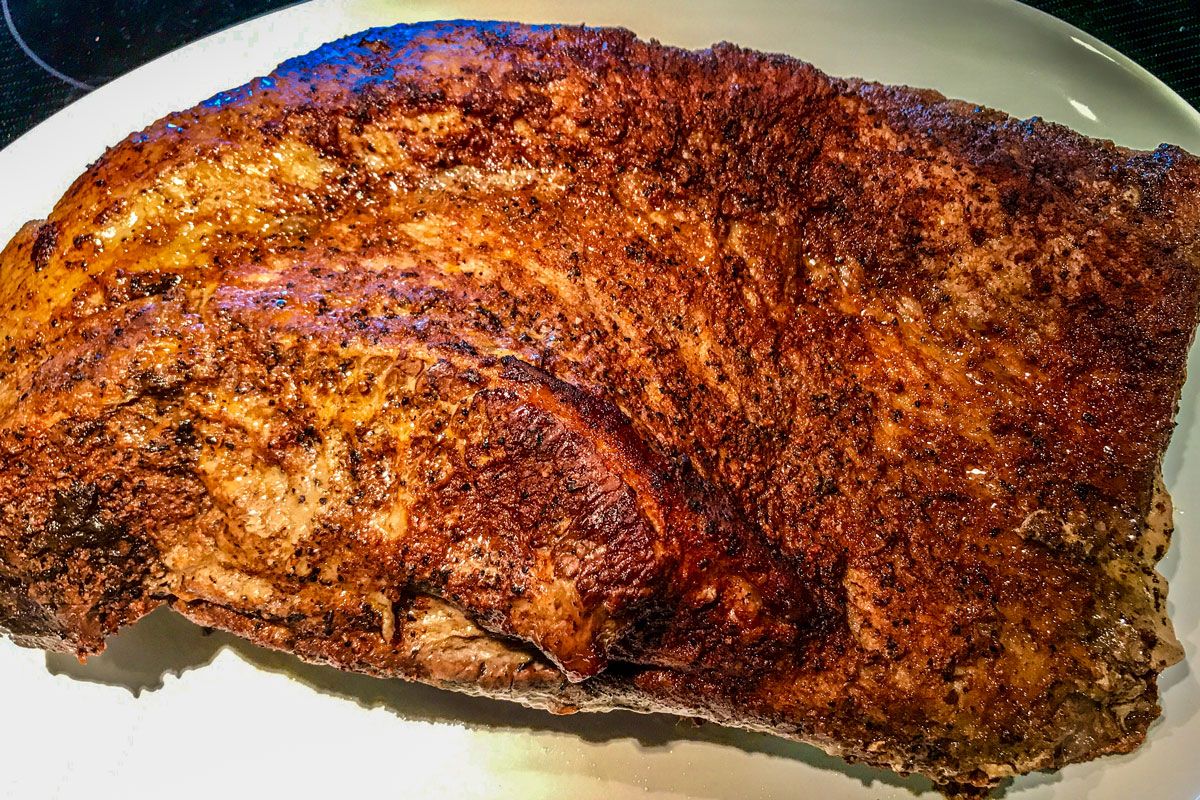 It’s darn near a requirement that if you live in Texas, you love a good beef brisket. At a minimum, if you don’t, you’ll get looked at funny at a family BBQ. I grew up in Southeast Missouri, where we had embraced the Memphis-style BBQ – mostly pulled pork with a sweet sauce. So, when I moved to Texas almost 17 years ago, I felt completely foreign due my taste in BBQ.  But, I’ve grown to love and appreciate this Texas treat, but really struggled to learn to cook it.  I’m not great with a bbq grill – that’s my husband’s forte. So, I recently started experimenting cooking briskets in the oven. After some mediocre results, I finally landed on a recipe combination that worked. It not only worked, but received rave reviews from my family – who are something of connoisseurs of Texas brisket. Many even said it tasted better than if it had been cooked in a smoker or on a grill. It was tender, most and each bit full of flavor! It’s the perfect recipe while the weather is cold if you have a hankering for brisket. Impress your Super Bowl party guests with this recipe – they’ll think you’re a BBQ genius!

A compilation of my favorite dishes from my favorite cooks and my own greatest hits, Brian’s Dish is a resource for health conscious, balanced dishes for your family. I love variety and am consistently challenging myself to try different foods and flavors. Even with food, it’s never too late for an old dog to try new tricks. You might just find something unexpected that you love.

Search For a Recipe